Dogs are well known for the unconditional love that they give. Usually, this love is given to their humans and their puppies, because these are considered part of their pack. Mixed with motherly love, a dog can certainly adore whoever or whatever with all their heart. But what about a dog mom who just lost her puppies?

Unfortunately, this is an ordeal that Molly the beagle had to go through. She just gave birth to a litter of puppies, but not one of them survived. Perhaps, it was not yet time for Molly to become a mother, or perhaps, she was supposed to be one to someone else. 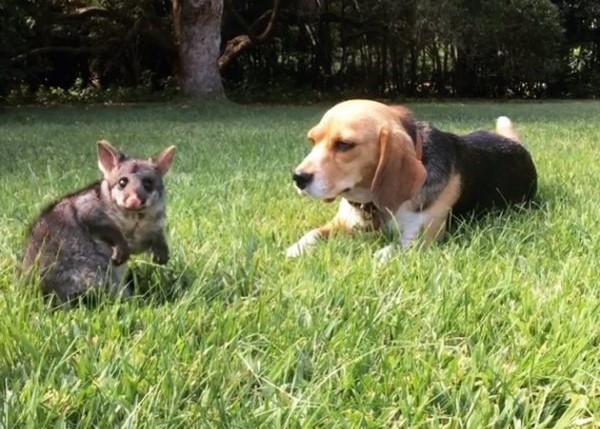 Obviously, dogs can’t talk, but no words were needed to see the pain that this dog mom was going through. Molly lives on a farm in Australia with the Moyle family, and they always let her wander around the property as she pleases. One day, she was exploring the nearby woods when she encountered a creature that changed her life forever.

It was a possum. Understandably, living on a farm has made Molly familiar with the feeling of having plenty of animals around her, but this possum wasn’t like any other animal. She was actually a baby, and from the looks of it, she was abandoned by her mother. 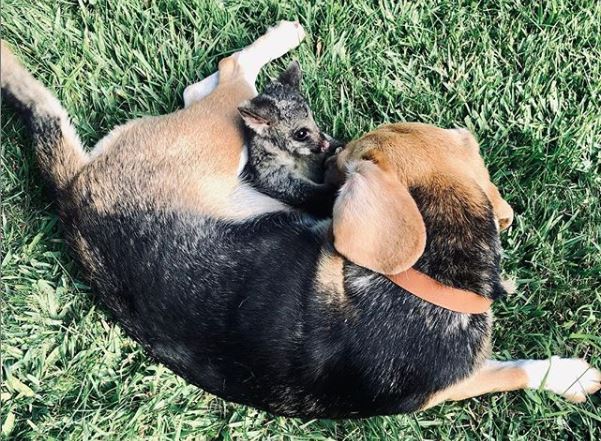 Nevertheless, the baby possum was exactly what Molly needed. The little creature immediately became part of the family, and the Moyles even named her, they called her “Poss.” Poss sleeps during the daytime and is awake at night, but her natural sleeping pattern did not stop her from growing fond of Molly.

They spend a lot of time together, and Poss would even ride Molly’s back, and they would run around the farm. Poss is a wild animal, so the Moyle’s aren’t sure how long she’d stay with Molly. But whatever happens, what’s important is that she was able to change Molly’s demeanor. Since Poss came into their lives, the beagle forgot about the loss of her puppies, as she has found a new baby to care for. 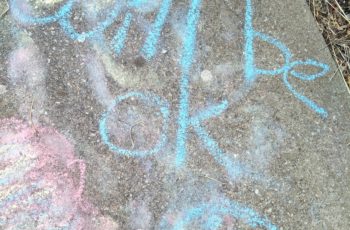