Home
Dog Stories
Dog Does Everything To Protect His Donkey Friend

After going through her dark past, Lily, the Donkey, was rescued by an animal sanctuary. After months of feeling alone, she finally met an adorable canine named Yoda that changed her life completely.

Laura Swein ran a private animal sanctuary called Pair A Dice Ranch. The rescue was focused on fostering animals that needed help—a donkey that was about four to six months old when was discovered in an overbreeding situation.

Yoda was fascinated by the donkey right away and befriended her. Lily was just a baby then, so she isolated herself most of the time.

The tiny canine tried to make Lily feel more comfortable. He would stay by the donkey each night at the barn and tucked her into the bed.

Yoda wasn’t a typical dog. He liked to interact with the other canines but preferred to be by Lily’s side. If Laura tried to call Yoda, the dog wanted to stay outside with the donkey.

Whenever Lily lays down, Yoda would start jumping on her. When he wants to get on her, he’d go right over and paw at her. Laura would carry Yoda, rest him on the donkey’s back. Lily would run around the dog riding on her.

One day, something crazy happened. As Lily got older, she began to develop a crush on the other donkey in the sanctuary named Hershey. Yoda didn’t like the idea of sharing Lily, so he constantly barked loudly at Hershey.

As time went by, Yoda became more used to the idea of Lily and Hershey hanging out. Yoda finally learned to share Lily and spent a lot of time with the two donkeys. The three of them became the best of friends.

Watch the heartwarming story below: 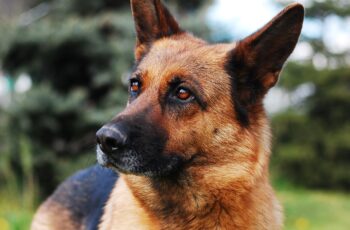