Home
Dogs How To
How To Understand And Enjoy Dog Shows

Having a good understanding of dog shows, what happens at dog shows and the terminology used will help you enjoy them even more next time you go to or watch a show on TV.

I hope you find this guide helpful.

What is a Dog Show?

A dog show is a highly competitive competition which usually involves the presentation of purebred dogs to be judged for their likeness to the breed they are representing. It used to be mainly purebreed dogs but you can find non purebreds at shows these days. Some people think of dog shows as only a beauty pageant while others see them as a way to improve a breed.

Dog shows are generally made to display purebred dogs along with their ideal breed characteristics. The standard by which each breed is judged by the breeds parent association. In the end the aim is to keep a pure bloodline so that the quality is maintained and improved where needed so that it is the highest it can be.

The dogs that do well at these dog shows are the dogs that are preferred for breeding puppies as these have the best traits as they are healthier and more desirable which also means to some people worth more money wise.

What Happens During a Dog Show?

During the dog shows the dogs are presented in a ring by what is known as their handler. Now this handler is sometimes the owner of the dog but it is not always the case. This is because the dogs owner may hire someone professional to be their handler as handlers often have more experience and can make the dogs look their best.

Once the dogs are inside the show ring they are judged by the pure breed dog experts who have a vast amount of knowledge which comes from their years of experience. There are many things that the judges look out for when looking at a dog. They look at its physical characteristics, movement/gait and the dogs temperament. From this they can then know which dogs are more like their breeds standards. 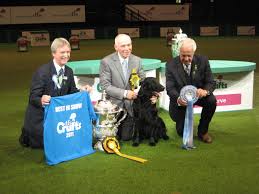 During a dog show, the dogs will compete with other dogs of the same breed. From this the dog that places first is given the title Best of Breed and after this they will go on to compete for Best of Group. So you see there are different area of competition. Best of Breed is obviously dogs of the same breed and Best of Group are breeds that share similar traits. Groups can be divided into seven groups which could be the same or similar to the groups listed below:

Bait – An object like a dog treat or toy used to get and keep a dog’s attention in the ring. Bait is only allowed to be used at some shows, not all.

Benched Show (or bench show) – Shows where dogs are allowed on separate benches when they are not in the showing ring. Spectators can learn about each breed by approaching a bench of the breed that they are interested in.

Bitch –  Term used to describe a female dog whose intact.

Breed Standard – A breeds ideal traits which include their physical, functional and temperamental traits. This is how all of the dogs of that breed are judged and is  created by the club for each breed and everyone has to adhere to it.

Conformation – This is the dogs structure and physical traits and how well they conform to the breeds standard. This is why a dog show may also be called a conformation show.

Dam – The mother of a litter of puppies.

Dog – Term used to describe an intact male canine (not been neutered) performing in a dog show.

Gait – A dogs movement and can also be called “action”. When a dog is in a ring their gait from their walking and running is judged.

Handler – The person in the ring showing the dog and may or may not be the owner of the dog. More often then not a professional handler is paid to show the dogs in the ring. If you have an excellent handler it can make the difference between winning and losing. 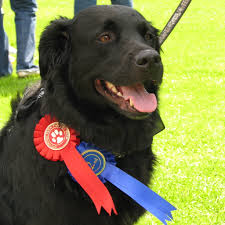 Credit to The Spruce Pets for this curated article

Visit our other How To Articles

How to Train An older Dog

Stop Your Dog Jumping Up

How to Cut Your Dogs Nails 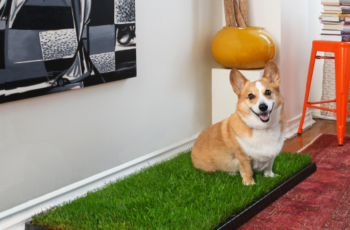 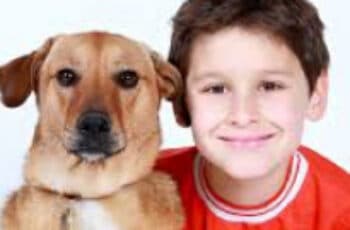