Tracey McCoy said that her 122-pound Great Dane, called Dubai, is the sweetest dog in the world. He is a very docile pooch and is generally friendly with humans. Because of this, her family and friends love coming over to her house, and Dubai loves entertaining them too. He usually goes next to the visitors and welcomes them in.

But as it turned out, this behavior would prove to be dangerous. One time, an intruder came into their home, and instead of chasing him away, Dubai started playing with him. Thankfully, Tracey came out, and the gentle dog realized that his owner was in danger. He then turned into a hero, as this unexpected guard dog story explains. 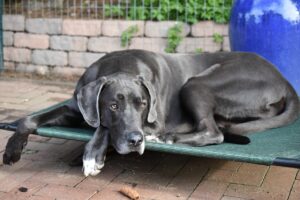 From Friendly to Deadly

The situation mentioned above was caught in the McCoys home security cameras. In broad daylight, a would-be burglar slid open the side door of the McCoys home. At that time, it was only Tracey and his blind son, along with their two dogs, at home. The man walked right in confidently, as if he owned the house.

Greeting him inside was a dog, but the man was unperturbed. Dubai, even though he was huge, acted very sweet. He went up to the man and even allowed the stranger to pet him. Then the man decided to do some exploring.

With Dubai in front of him, he slowly walked the halls. He headed towards the kitchen, looking for some valuables to steal. But at that very same time, Tracey was also in the kitchen. She turned around and saw Dubai, followed by a scruffy looking guy.

Dubai Springs Into Action as a Guard Dog

Tracey was startled, then she started screaming. Sensing that his mom was scared of the uninvited guest. Dubai reared around and attacked the burglar. He first went for his legs, biting and pushing him back. Then there was a point where the Great Dane stood on his hind legs and started going for the man’s head. Gentle giant to guard dog in one day in this extraordinary story.

Tracey was then on the phone after running away. She started calling 911 for help. The man has already run outside, and Tracey told the police where he was headed. Some officers were near her home and were able to capture the suspect. Thanks to Dubai, the day was saved. 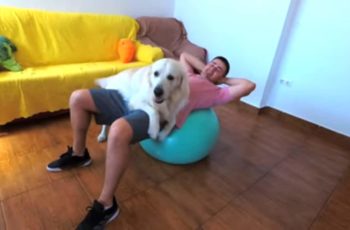 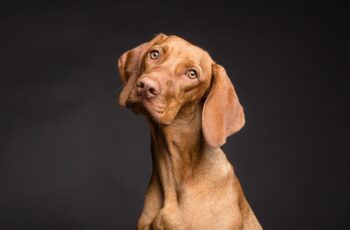