Dogs tend to run away from car accidents. They do this once they get terrified by disorienting circumstances.

Unfortunately, this is also the case for a 7-month old Lab puppy named Guinness from Minnesota. Little did this adorable Ginny know, she’d be lost for a week, away from her owner. 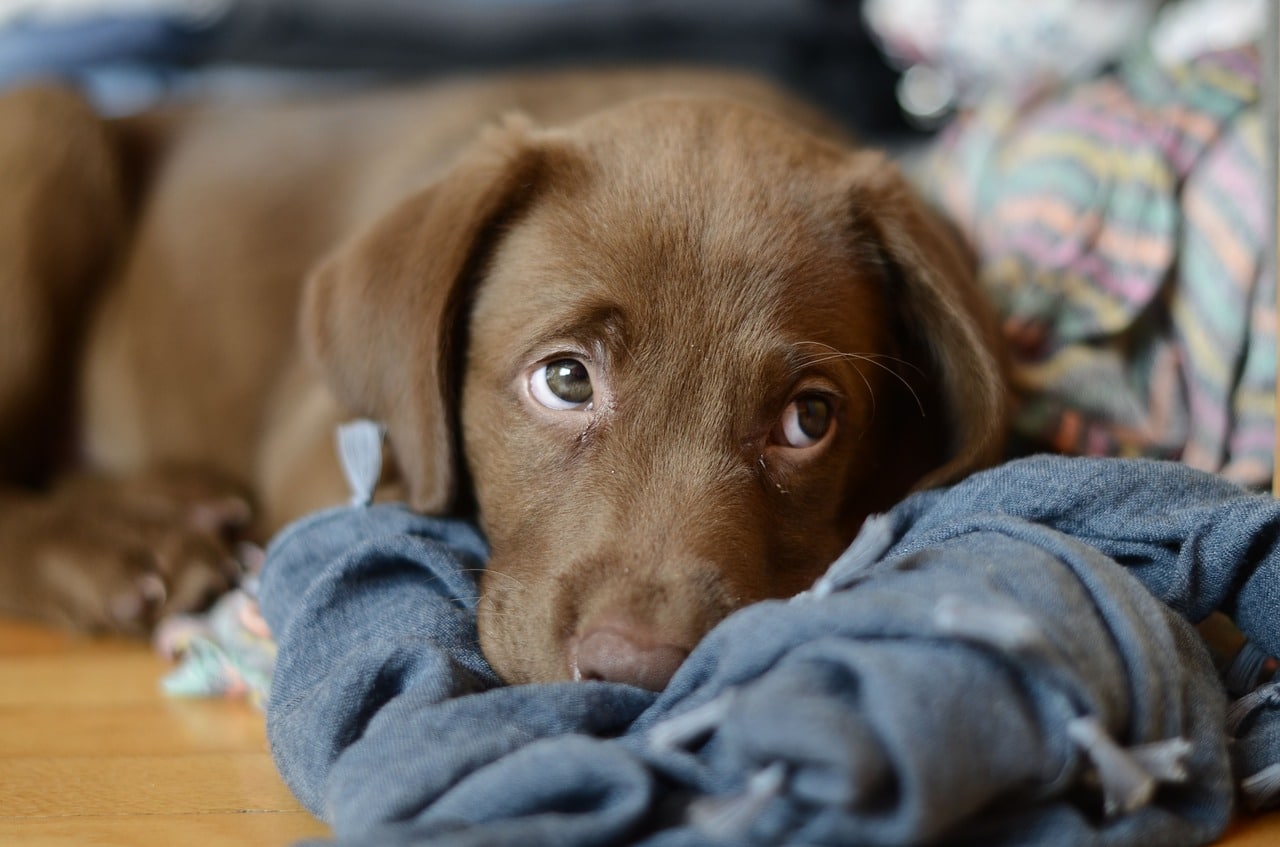 It was an ice-cold morning for Brianna Oachs and her two children. The roads in their town were slippier than usual.

Despite the dangerous road, Brianna wanted to drop off her children in daycare for them to avoid missing classes. As she drove to her destination, she found herself unable to control the steering wheel anymore and resulted in her car sliding off the road and rolling into a ditch.

Though everyone was safe inside the car, Brianna realized later on that Ginny runaway. The poor dog acted on instinct when he was in a dangerous situation.

The distraught owner launched a search for her lost dog, sharing the news all over Minnesota and on Facebook, hoping to find her. 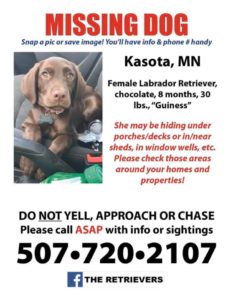 After a week of roaming around and lost, the stars aligned for Ginny when three workers from Vetter Stone came across the lab puppy when they were driving around town in their company truck. Buster Nash, Joe Janzen, and Jamie Johannsen knew all too well about the news and knew they have to take action immediately.

According to their statements, the pup was adamant in approaching at first and seemed traumatized. They have to figure out a way to lure her instead of scaring her off. Luckily, Nash hasn’t eaten his lunch yet and decided to use this to attract Ginny.

After days of being lost, the pup found Nash’s lunch irresistible and slowly approached them to eat. While the hungry dog devoured her first meal in weeks, they notified Brianna right away.

Without delay, Brianna went and met her lost pup. In their reunion, she discovered that Ginny was a little thin and had a few cuts. She brought Ginny to a veterinarian to get treatment immediately.

Nevertheless, nothing major happened to Ginny. Here’s a video of their heartfelt reunion:

Brianna and her husband Corey thanked everyone who helped spread the news. They shared that Ginny is now safe and currently recovering. The poor dog is finally back in their sweet home. The lost dog found again. 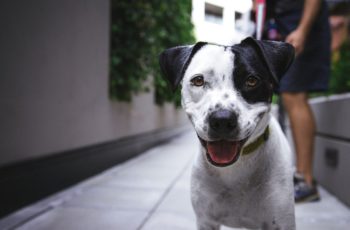 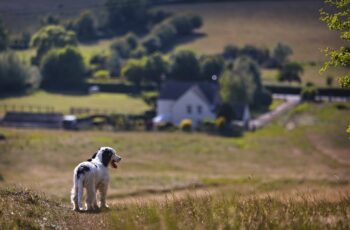